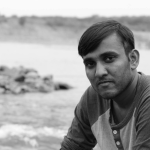 Fashion influencers are individuals who specialize in fashion content – websites, vlogs, and videos – and use their experience and skills in the industry to impact their audiences’ purchasing decisions. There is a lot that fashion bloggers and vloggers do to keep their communities involved and growing, from reviewing fashion and beauty items to endorsing brands, raising awareness about various fashion brands, and giving fashion tips to their followers.

When it comes to a luxury niche like apparel, Instagram is the most popular social media site. According to available evidence, 77 percent of fashion micro-influencers favor Instagram because of the medium’s visual prowess. Lord & Taylor is a classic case in point. On Instagram, the store brand partnered with around 50 top fashion bloggers, who all wore and posed in the same dress and shared it with their followers. The dress was absolutely out-of-stock by the time the next week arrive! Instagram’s and prominent fashion bloggers’ influence is undeniable.

Collaborating and collaborating together with top Instagram fashion influencers can be a worthwhile proposition for advertisers because they can immediately engage with the influencer’s following, regardless of geography. As social media, especially Instagram, grows in importance, brands are shifting away from celebrity endorsements and brand ambassadors and toward social media and Instagram fashion influencers. Given the fact that Instagram has a 19 percent market penetration in India, marketers are trying to exploit these figures to make the right impression on Instagram culture.

When it comes to understanding or embracing novel thoughts, science has shown beyond a shadow of a doubt that visual cues help our brains function better. This is precisely why social media sites such as Instagram are so popular. Especially in the fashion and beauty niche, because audiences see photographs and videos. That immediately struck a profound chord with their mind and heart.

Fashion is an important part of our lives, and each of us has our own personal style. Although some people are born fashionistas, others need some guidance from time to time. Thanks to Indian fashion bloggers, who have helped everyone gain a greater understanding of fashion and improve their sense of style. Fashion bloggers have a deep understanding of color theory, body shapes, races, and styles, and they are able to integrate these aspects into their looks with ease. These Indian bloggers will ensure that you get the style transformation you deserve. Whether you want to look ultra-chic and fashionable or simply need some fashion inspiration!

Komal Pandey is an Indian fashion blogger and YouTuber. POPxo, a women’s online lifestyle network, is where she is best known for her work as a fashion stylist. She wanted to be a teacher because she was a child. She will also pretend to instruct her younger brother while wearing her mother’s spectacles and dupatta. Komal has always had a love for fashion. She used to share her #LookoftheDay on Instagram and Facebook. While she was in college, and her boyfriend and friends encourage her to start her own company. She began a fashion blog named “The College Couture” in 2012 with the intention of educating people that fashion was not just about the rich.

Aashna Shroff is a social media influencer, model, and lifestyle blogger. She was born in Mumbai, India, on August 4, 1993. Aashna attended CBSE board schools and graduated from MIT College in Juhu, Mumbai. She has also worked as a tutor and completed her education at New Zealand Tertiary College. Aashna began her career when she was very young. Her mother was an inspiration to her. Aashna has her own website, The Snob Shop, which she launched in November 2013. She said in an interview that she was a timid person at the beginning of her career and that she gradually gained trust in herself. The star had a lot of challenges when she first started her brand, but she was later praised for her efforts. Aashna is a well-known fashion blogger in India. She also spoke at TEDx, where she delivered an inspiring message.

Kritika Khurana is an Indian YouTuber, lifestyle and travel writer, and social media influencer. Check out this page to learn more about him, like his age, spouse, affairs, job, family, and more! She began posting OOTD-Outfit of the Day images on her Instagram account in 2013, and they quickly became famous. In 2014, she launched the blog ‘ThatBohoGirl,’ where she shared fashion-related posts. She founded ‘The Hype,’ an online apparel retailer, in 2014. In the same year, she launched her YouTube channel, where she posted videos about fashion and inspiration. Her YouTube videos helped her attract a lot of exposure, and she became well-known as one of the most popular fashion YouTubers in India.

Sejal Kumar is a fashion blogger and YouTuber from India. For a time, Sejal worked as a professional dancer at “Danceworx”. She was 20 years old when she came across Bethany Mota’s fashion lifestyle videos and was encouraged to do the same. While on her internship in Turkey and she posted her first film, Summer Style Turkey. Sejal was invited to be a part of the YouTube FanFest show (a YouTube festival that recognizes and supports YouTube’s biggest stars from all over the world). She has over a million viewers and 199 million views on her YouTube channel. In the project Developers for Improvement, she recently launched her first original album, Aisi Hun.

Somya Gupta is a social media celebrity known for her Instagram username TheSassThing_. Her Instagram photos, the way she speaks, and the fact that she offers the best fashion and beauty advice can make you fall in love with her. Her fame has grown as a result of her posting lifestyle photographs from her everyday life as well as fashion modeling photos. Somya Gupta, also known as thesassthing or Somya Gupta michu. She is a well-known fashion blogger and Instagram star. Somya is well-known for her beautiful beauty, endearing smile, trendy style, and enticing personality. She blogs about fashion, appearance, travel, fitness, and exercise, among other subjects. Her fashion sense is gaining a lot of traction. On Instagram, she has over 760k followers.

Shaurya Sanadhya Tushayan is a Pune-based blogger who is known for producing exclusive content. Her strong Instagram and YouTube followings of over 450k and 120k viewers, respectively, attest to her knowledge. After all of this, she decided she wasn’t cut out for the 9-to-5 work routine. And took a gamble by leaving such a coveted job and starting her own fashion blogging company. She also launches her own fashion company, “Shaurya Sanadhya Label”. Which was well-received by her target audience and is now a household name in the industry. Shaurya uses her YouTube channel to share her related information by shooting makeup and skincare video tutorials.

Masoom Minawala Mehta is an entrepreneur and fashion blogger from India. She is the founder and CEO of Miss Style Fiesta, a lifestyle website. With over 1 million social media followers, she is one of the most well-known Indian lifestyle influencers in the country. Minawala began her professional life as a fashion blogger. Miss Style Fiesta, a lifestyle site encompassing personal outfits, inspirations, trend updates. The constant low-down on what’s going on in the style circuit, created by her in 2010. She then began producing multimedia content for some of the world’s most well-known fashion, luxury, beauty, travel, and lifestyle brands. Jimmy Choo, Yves Saint Laurent, Dior, Hakkasan, Gucci, Stella McCartney, Jo Malone, Estee Lauder, and Rawpressery are among the labels for whom Minawala has collaborated on a paid partnership. Numerous national and foreign magazines, including Vogue, Cosmopolitan, and CNN, have lauded her work.

Nilam Parmar is a well-known social media fashion influencer and model. She was born in Mumbai, Maharashtra, India in 1999 and began her modeling career with the “Krishna Chali London” TV show. Neelam is best known for her roles as a Tik Toker and Model. She has also collaborated on a number of YouTube videos (vines). Most notably for the “Fancho” YouTube channel. She began her career as a beauty blogger and model, and in 2019, she began making TikTok posts, attracting over 3 million followers.

Riya Jain is a social media influencer and writer from India. Her fashion and beauty blogs have made her popular. This inspired her to create a fashion blog. She launched her website ‘CaughtInACuff’ in August 2014 with the fashion blog “I Got My Red Dress on Tonight”. Soon after, her blogs became well-known. She was approached by a range of well-known fashion labels. Including Jimmy Choo, Hermes, Visitabudhabhi, Oppo, and Maybelline, to market their products. She used to post fashion blogs on her website. She later moves to travel and lifestyle blogs. Her blogs have given her a lot of attention, and she is now one of India’s most successful fashion bloggers.

Roshni Bhatia is a fashion blogger and YouTuber from India. To cover her regular costs, she began working in a private firm. She began working as a fashion producer at POPxo in 2017. (a digital fashion magazine and YouTube channel). A year back, she launched her blog ‘THECHIQUEFACTOR’ With her blogs quickly gaining traction, she launched her YouTube channel ‘Roshni Bhatia,’ and left her job at POPxo. Roshni has endorsed a variety of well-known brands on her social media accounts, including Lakme, Ponds, and Colgate. She has appeared in a number of prestigious publications, including Vogue and The Peacock Magazine.

I am a full-time Digital Marketing Expert and Graphic Designer at GoMarketer with a passion for works that offers a professional working environment. I could offer very accurate and fast results guaranteed and secure a job that is going to be in the long term. To obtain a challenging and responsible position in a professionally managed organization and I am looking forward to an opportunity where I can utilize my skills in contributing effectively to the success of the organization and also to further improve my personal and professional skills.

How To Build An Audience Using on Clubhouse App

Climeworks is Selected by Microsoft to Provide Carbon Capture Technology

Quantum Technologies in Space: What the Future Holds

How To Check Your Phone Was Attacked By Pegasus Spyware